3 Big Things We Learned From A Form Building Expert

For online lead generators, forms are a big deal. Lead generation companies typically get paid on a per-lead basis at the time the lead completes and submits the form. The equation is simple: no form submissions equals no leads equals no money. It doesn’t matter how flashy your landing page looks or how tempting your product or service offering is if your website visitors don’t complete your form. But, as important as forms are, they are so frequently overlooked by web designers, developers and lead generators alike. 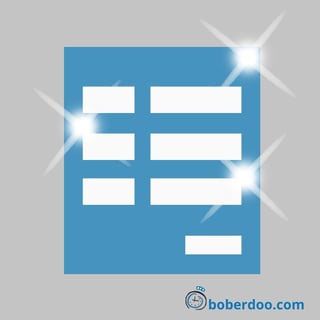 On behalf of our forgotten friends, the forms, we said enough is enough. We reached out to our friend Chad from JotForm, an online form builder at the forefront of form building technology. We dug into a few common form building mistakes, the latest technology in the online form space and even the future of form submission. Here is what we learned.

What are some common mistakes that you see people making when building forms?

“There are a lot of different things, not necessarily that they do incorrectly, but things they could do even better. Ignoring the aesthetics of the form is a big mistake. If a form looks too intrusive on a landing page, if it looks like it doesn’t belong, it can be jarring to a visitor. Take that little bit of extra time to make sure that the fonts and color scheme align with your brand colors, identity and whatever else is happening on your page. It helps give off a sense of trust.”

“Another big mistake is making the form too long. A lot of times someone who is new to lead generation or online forms will have a tendency to over ask. They may ask for things they want to have but don’t necessarily need to have. You have to think that every time you add a new field to a lead generation form you’re decreasing the likelihood that someone will fill it out. Just keep it as simple as possible. That’s absolutely paramount.”

“Another thing to focus on is the submit button. By default, form builders say “Submit”. That’s why people call it a submit button. But customizing that and making it really specific to what the end-user is getting when they hit the button is something I think is important. That may be “Request a Call” or “Get More Information”. It should be something that speaks to the action that they’re getting by clicking. That’s going to increase the likelihood of getting more conversions as well.”

What is JotForm’s Competitive Advantage?

“Forms can be complicated. We're looking for what users want and how to uncomplicate those features. Our newest version is lightyears ahead of what anyone else is doing in terms of functionality. It makes form building fun.”

“With the new capabilities you can even create a fully-developed online form using your phone on the go. It's really easy with offline capabilities. If you lose internet connect you're not going to lose your work. It saves automatically.”

“There is a collaboration feature which we used internally recently and it's really awesome. If you create a really complicated or long form and need someone to review, the process before was kind of difficult. You needed to publish it and send it to someone else or write the question on a word document or something like that ahead of time. But with the collaboration feature, anyone can edit a form.”

We have been getting a lot more interest and demand regarding Alexa and other voice command technology. Do you have any opinions or thoughts on how that technology might change forms and form building in the near future?

“It’s something we’ve looked at. It’s something we’re interested in incorporating into the business. I don’t know how, but I don’t think anyone knows how yet. If and when form builders cross that bridge into voice interaction I think JotForm will be at the forefront.”

If you’re looking for a 3rd party form builder, we encourage you to check out JotForm.com.